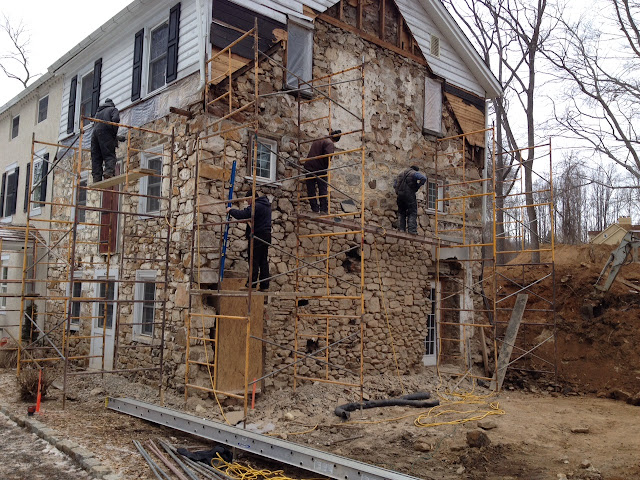 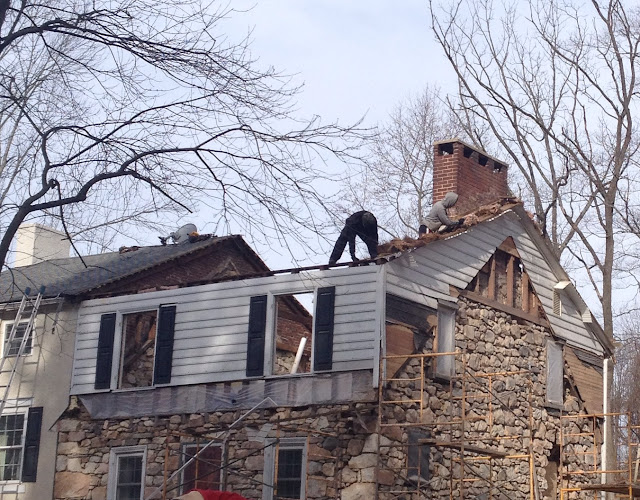 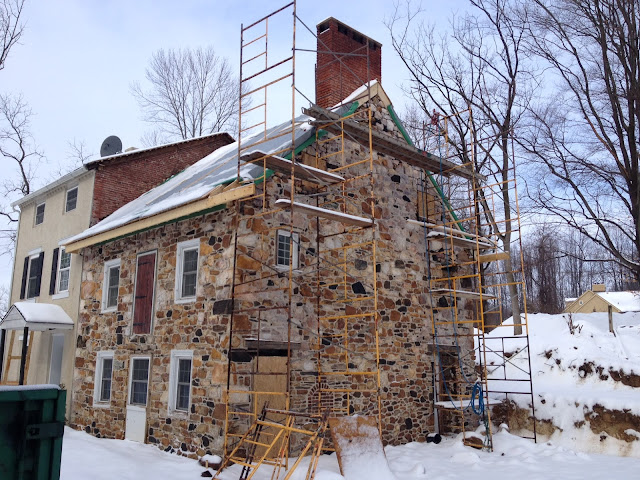 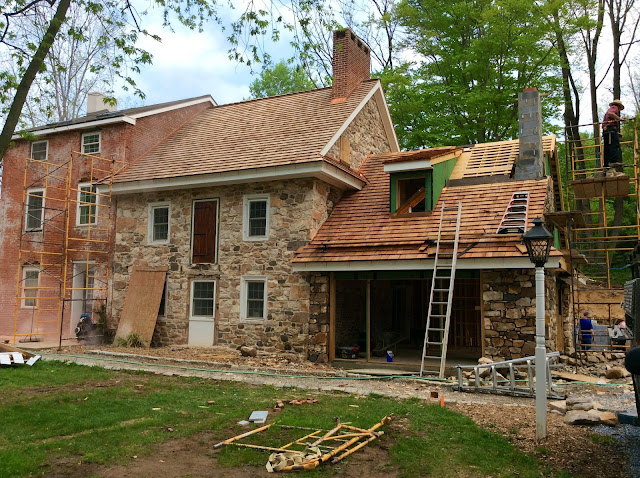 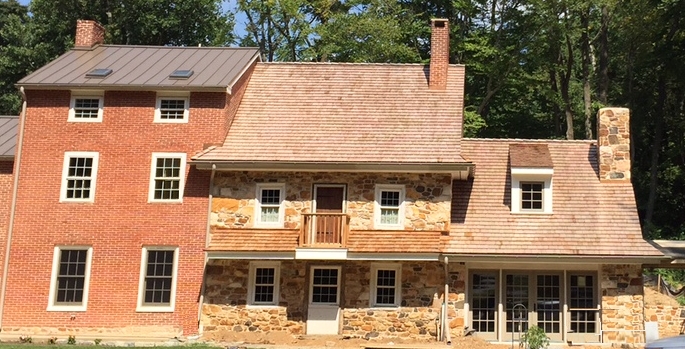 Posted by Unknown at 5:59 AM No comments:

Samuel Levis built a simple 2 story stone house in 1749 for himself and his new bride just East of Kennett Square.   The original stone home cuts into the side of the hill to accommodate a root cellar off the back of the first floor kitchen.   The second floor was the main living area to the home with 2 rooms.   The attic area of the stone home had a steep pitch and served as a place to sleep for many.   A more formal three story brick addition was added to the west end by Samuel Gamble.
Sometime in the late 1800s, the original roof to the stone home was removed and a third floor was added along with a front and back porch.  We have come to call the wooded addition the "Dorothy House"  as it looks like someone dropped a house on top of the other. 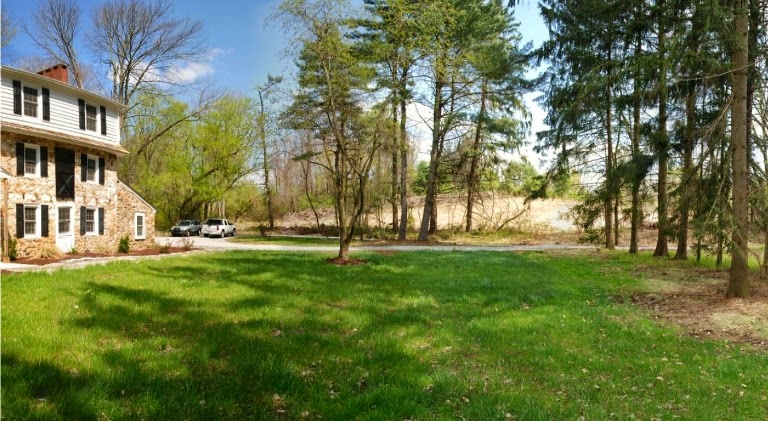 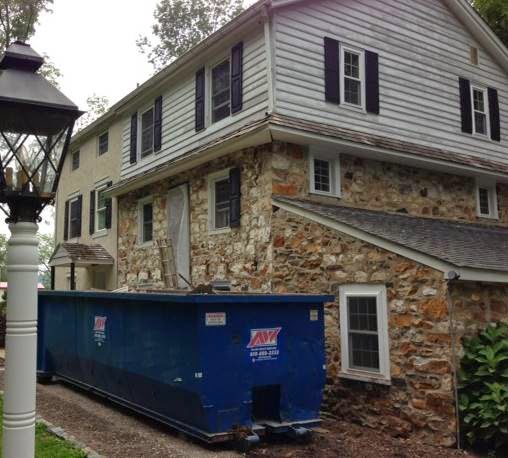 This month we began the process of carefully deconstructing the Dorothy House to return the house to the 1700 configuration.

At this point, I need to give a very special shout-out to the driver who dropped off the dumpster.   He was able to put it perfectly under the window which made the whole process bearable 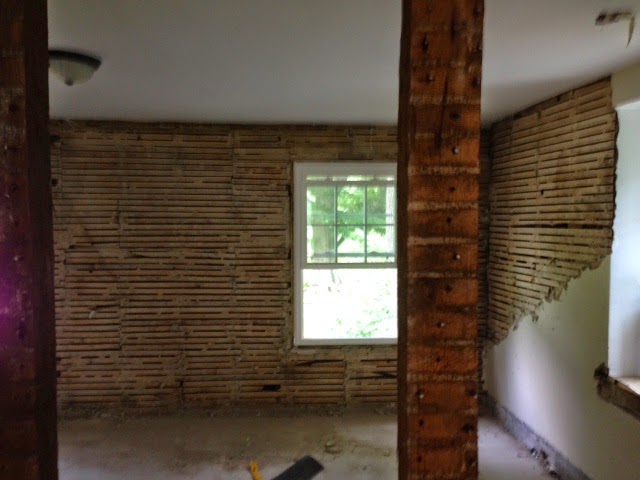 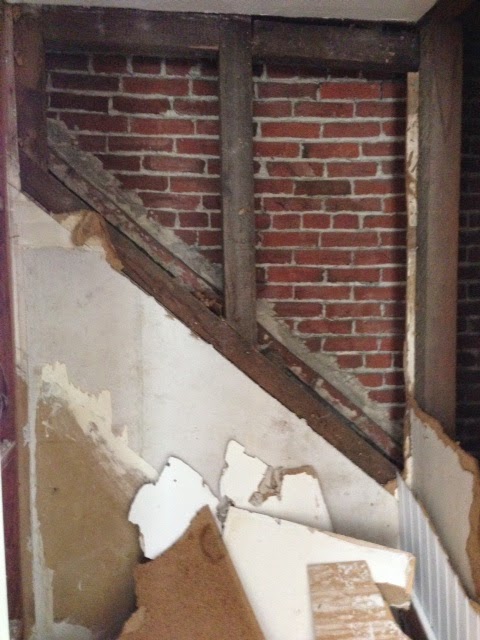 When we removed the lath and plaster on the west side of the house toward the 1815 Samuel Gamble addition, we found a few surprises. 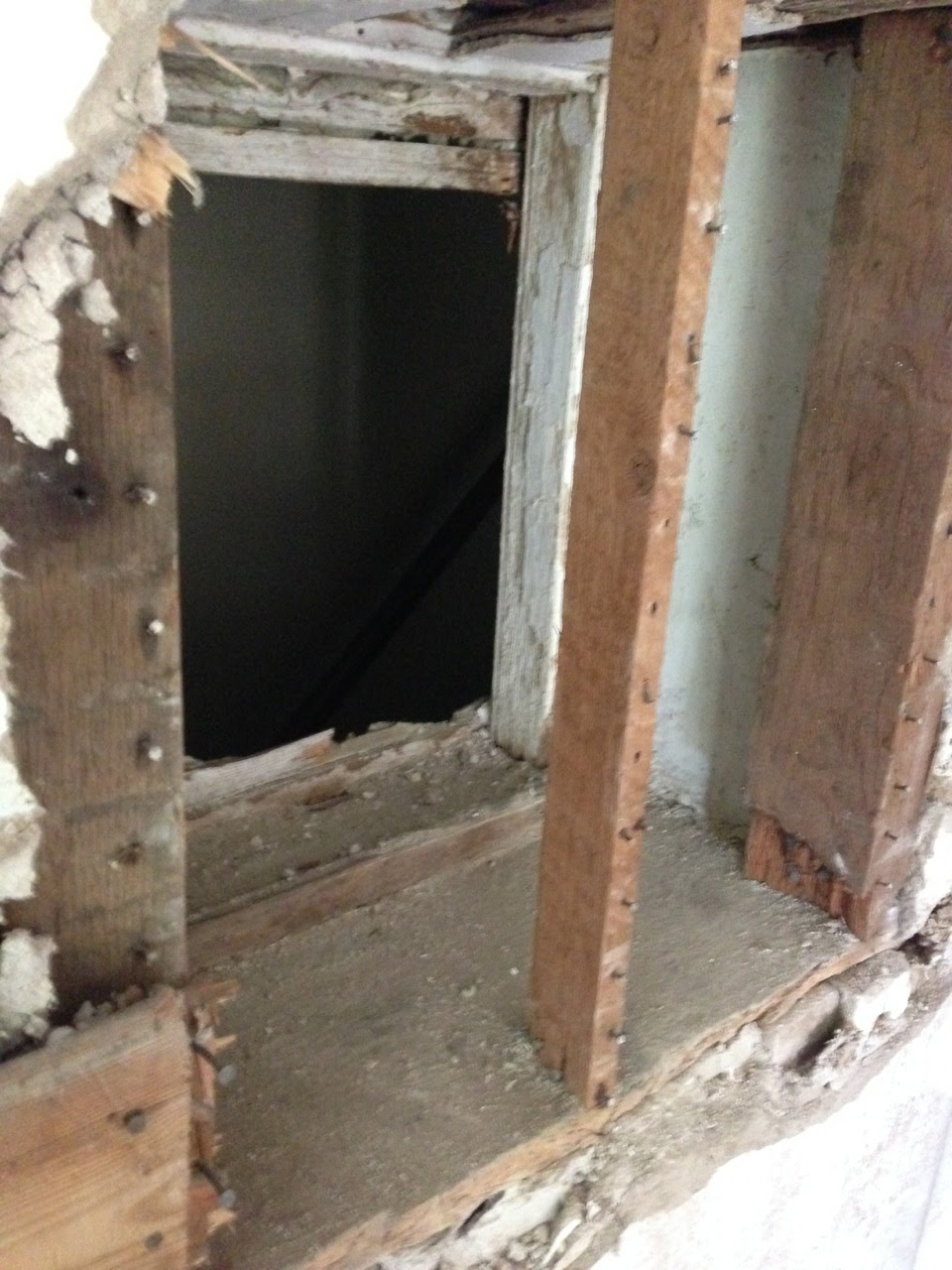 Sealed inside the walls was the windows from the 1749 house.  The molding still has the beading on the frames although it now opens up to a stairway. 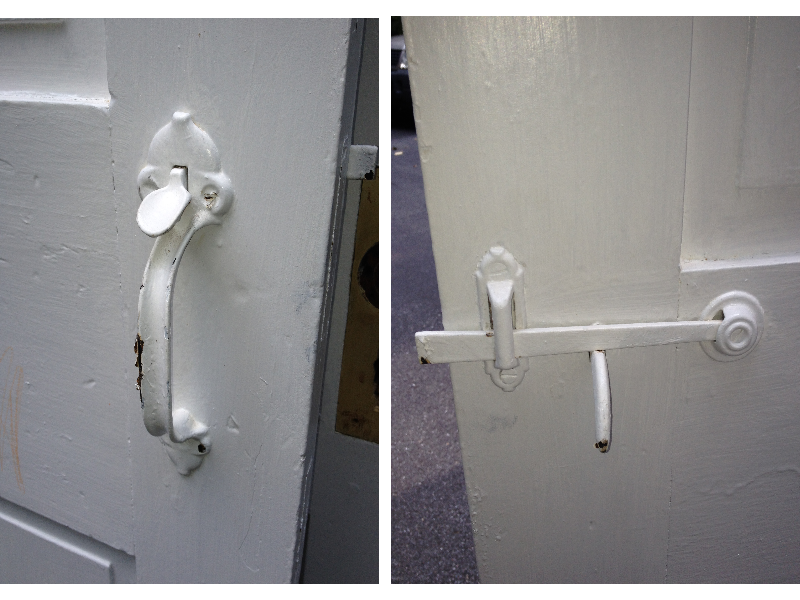 We took down two doors from the 3rd floor of the 1815 addition.   As you can see the hardware had a significant coating of paint. 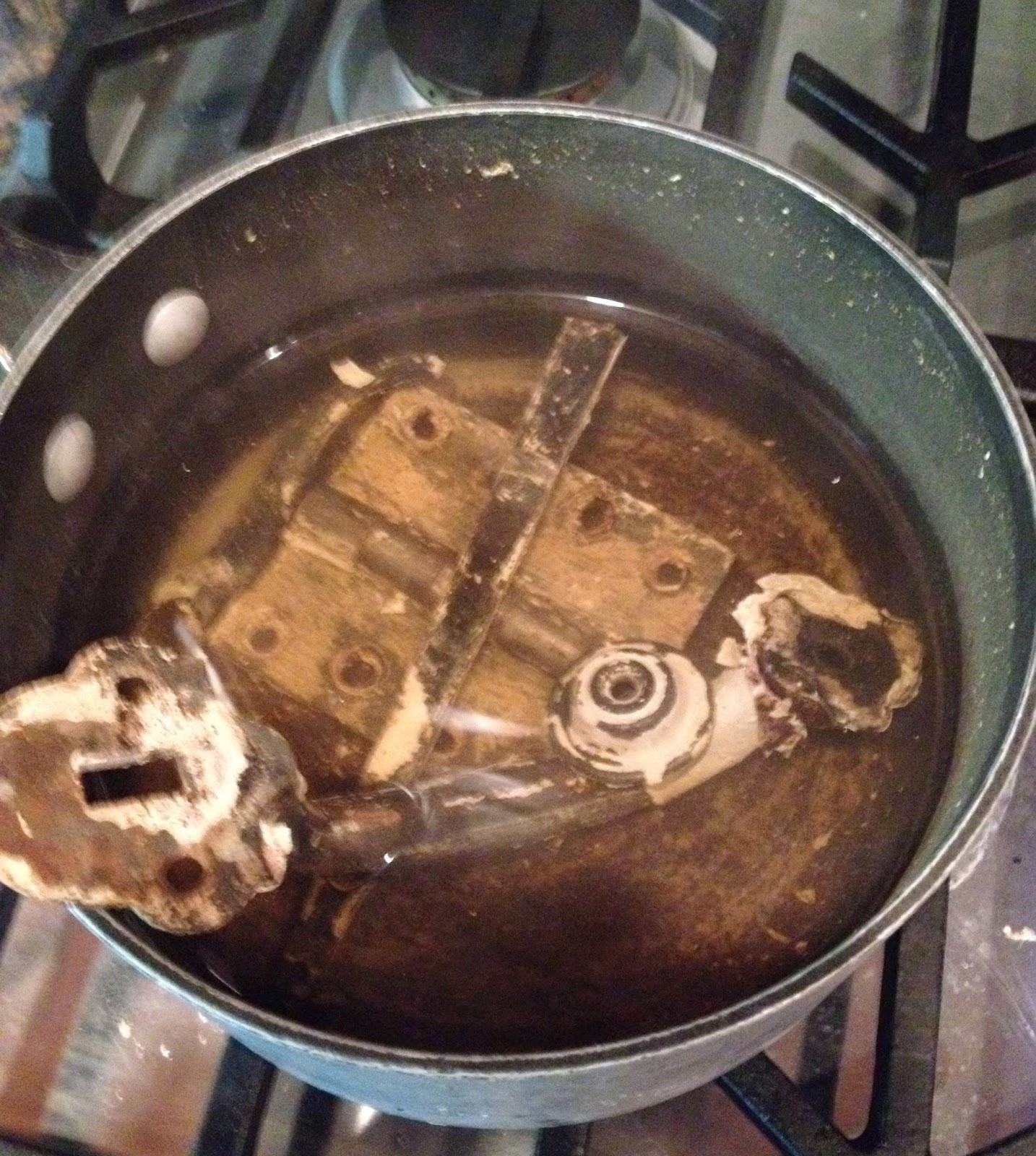 We took the hinges and hardware off and boiled them in an old pot with just plain water.   Every 20 minutes, I would pull out a piece with a pair of pliers and peel off the paint with an old screw driver. 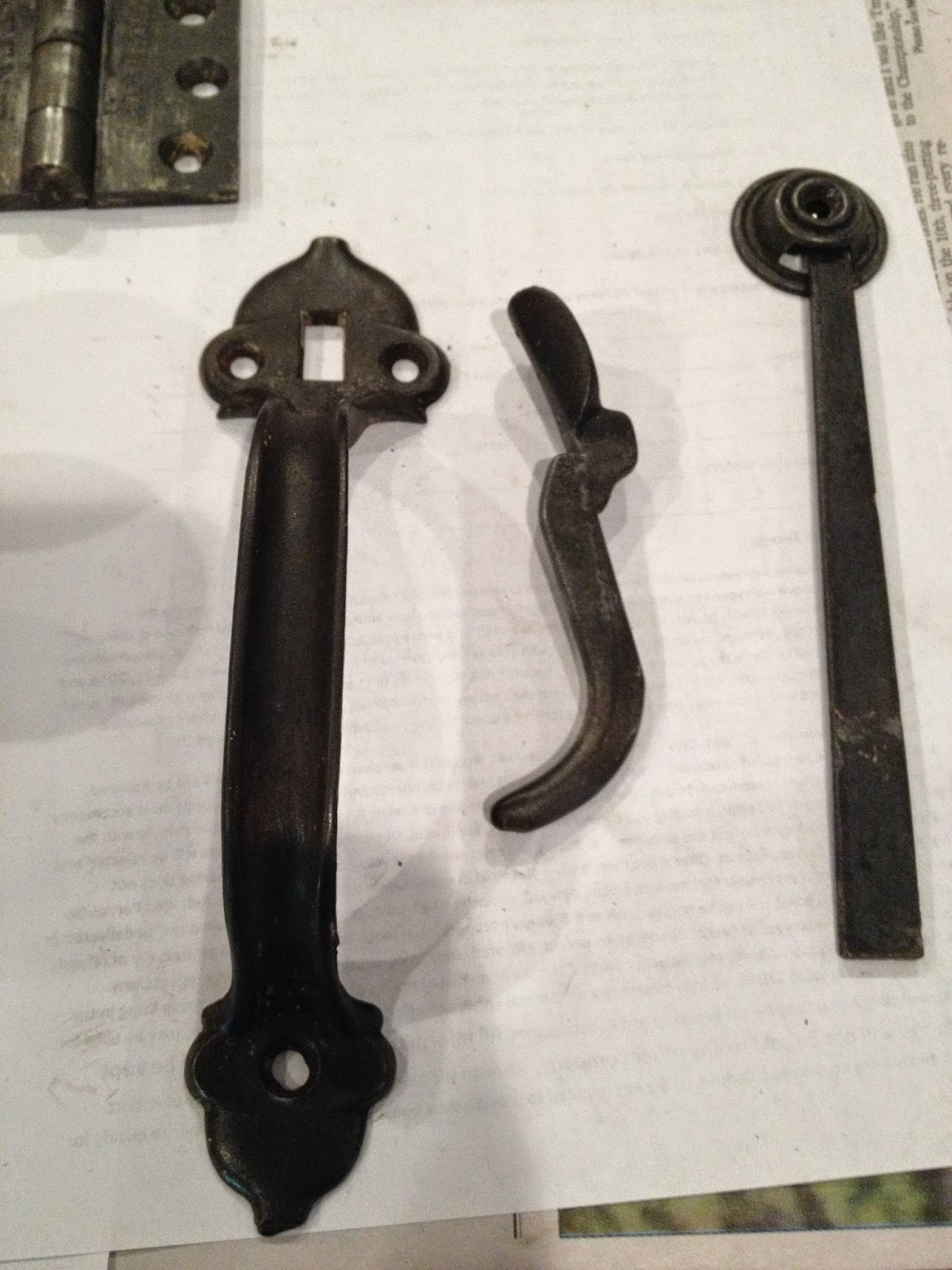 After a few times in and out of the water, I had enough of the paint gone to use steel wool to remove the last of it. 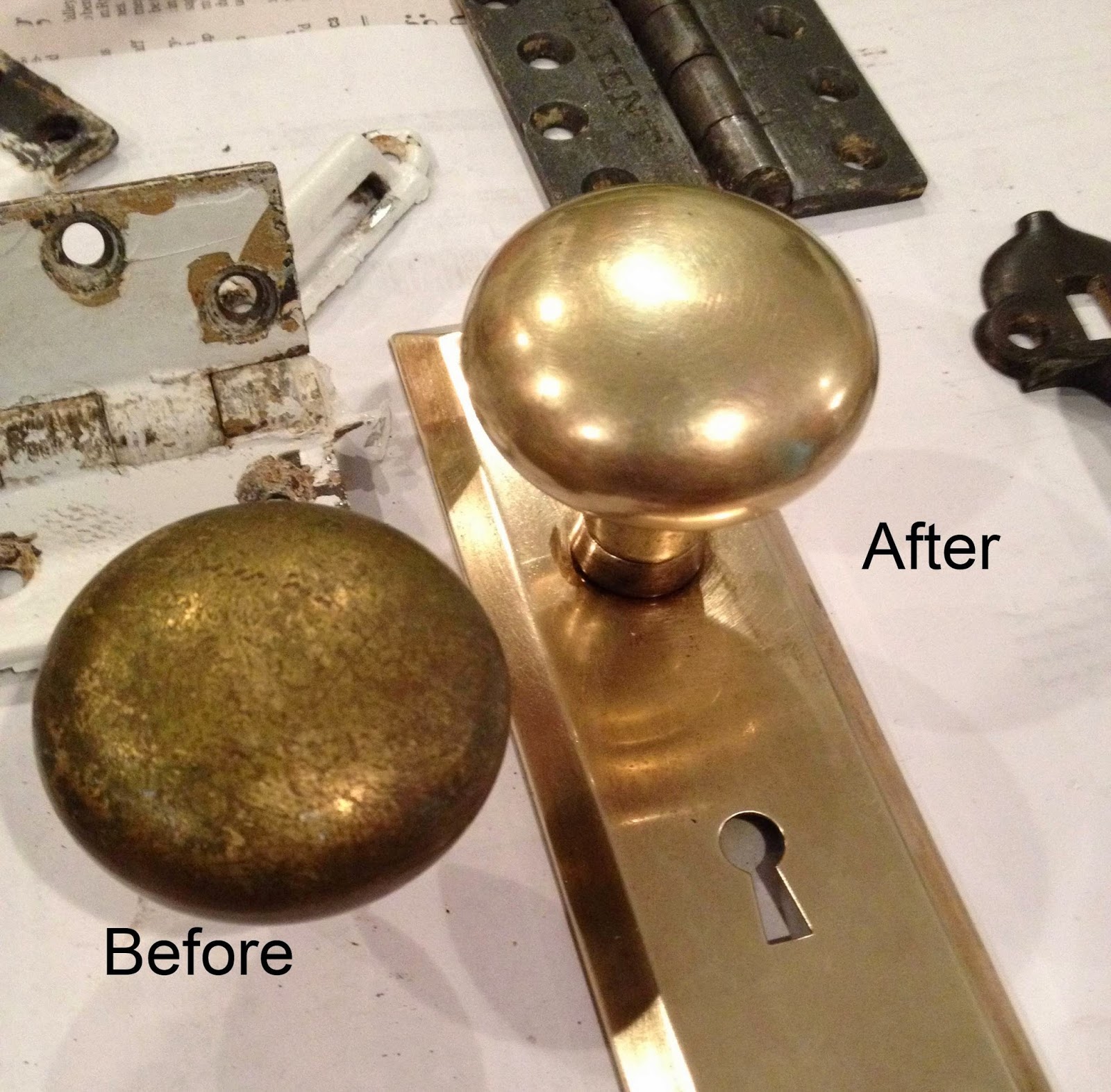 For the doors that had brass hard ware, we just used a solution of white vinegar and baking soda.

In 1705, William Penn conveyed to the influential Quaker and politician Joseph Pennock a sizable plot of land in Chester County PA.  This plantation was later passed to Samuel Levis as a dowry for marrying his daughter Elizabeth.

On February 9th 1747, Samuel levis ( pronounced "leh-viss" ) passed on but "devised to his son Samuel Levis all of my plantation wheron I now dwell except for that part on the west side thereof which is run off for my son William Levis."

Fast forward to 2014, 267 years later.  The stone home built by the son for his new bride still stands ( with few hundred modifications.)   A brick addition was added on in 1810.  A wood addition 1887.   On and on.  My wife Lisa and I bought this home located in 3 acres just outside what is now Kennett Square PA - less than a mile from Longwood gardens.  Our two daughters have graduated college and our youngest son is about to graduate high school.  This website will record our "next journey in life."   The restoration / modernization of the 1747 Levis House has officially begun. 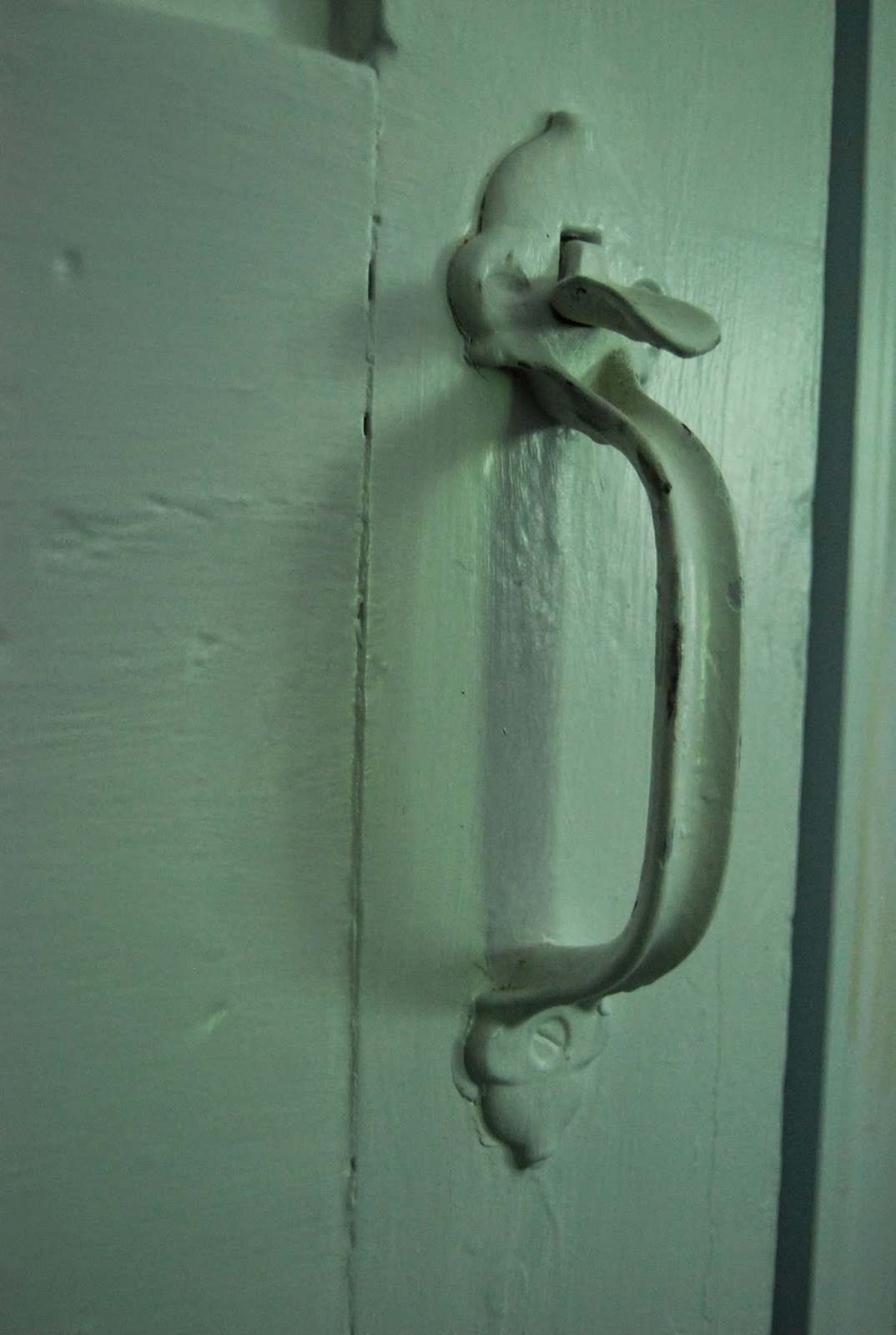 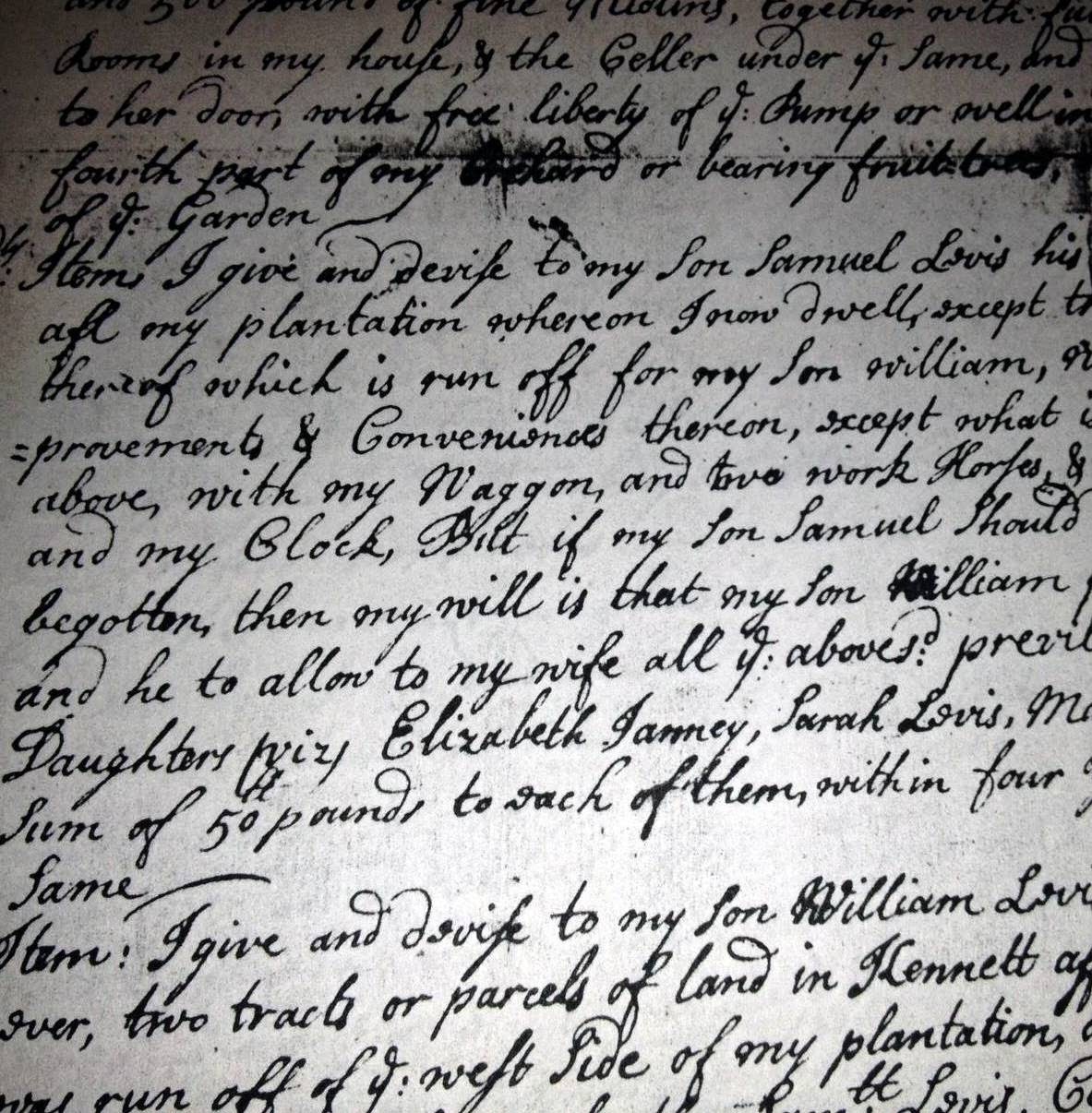 Posted by Unknown at 4:53 PM No comments: